Should I Purchase A Home In Thane? 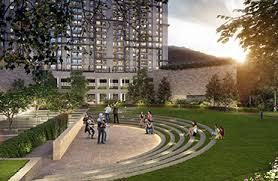 One cannot deny Thane’s rise as one of the most popular residential hubs in India. This is mainly due to the advanced infrastructure, entertainment amenities and commercial prospects of this region. However, you would be surprised to know Thane used to be only an underdeveloped semi urban locality. It’s the saturation of the main city of Mumbai which led the development to spread to its suburbs, including Thane which got included into the Mumbai Metropolitan Region. Naturally, the demand for homes gradually spread to Thane too, which attracted reputed real estate developers to build projects here.

One of the key reasons behind the growth of the real estate in Thane is the corporate sector here, which includes the IT industry too. The great business infrastructure here has urged several well-known companies from various sectors to launch offices here. As a result, Thane boasts of great employment opportunities with these companies. Thane boasts of seamless connectivity within itself as well as the major hubs of Mumbai via a network of roadways and railway. Extension of the  metro route has also been planned.The high population of the region, along with the great connectivity features allow a variety of businesses to flourish well.

The healthcare sector in Mumbai is known throughout India, with the city housing some of the country’s best hospitals. Hence, you can stay assured about receiving reliable medical attention during any emergency. Several reputed schools and colleges are located in Thane, offering a great academic infrastructure.

Scheduled for flat possession in 2022, Godrej Emerald is a classy residential complex launched by Godrej Properties, one of the leading builders in India. This complex offers 1.5 BHK, 2 BHK and 3 BHK apartments which come with wide windows and balconies offering great views of the lush green Yeoor Hills, the Ulhas River and the national park. The estate includes a large number of amenities, such as a lavish clubhouse, Wi-Fi connectivity, sports, etc. The complex has been integrated with sufficient open space, most of which has been landscaped into beautiful green area. With the prices ranging between INR 79 lakhs to INR 1.70 crore, this project is a great choice for those seeking a lavish lifestyle amid nature.

Should I Purchase A Home In Thane?...

Why Are Top Developers Building Hom...

An impeccable development with glor...